These past few weeks in one of my classes we have been working on a project called “Save Our Salamanders.” The objective of this project is to create distinct salamander characters that could be used to promote the awareness of environmental issues such as mountain top removals happening in West Virginia. West Virginia is the home to particular species of salamanders living in the Kanawha Forest.

In groups of four, we were given the task to select six species of salamanders found in the Kanawha Forest that can form a dynamic group. We were to stylize these salamanders into likable cartoon characters targeted towards middle grades (students in 5th-8th grade). The group had the choice of choosing what kind of media these characters can potentially be used in, such as a t.v. show series, a comic book series, on merchandising materials (i.e. t-shirts, stickers, and toys), or so on.

Our process began with creating our characters. Each group member referenced from images of the actual salamanders and stylized them to our liking. From there, we came back together as a group and compared our drawings. The next step was to pull out similarities and differences of each group member’s drawings and pick out what physical and personality traits we want each salamander to have. After that we continued refining our characters until we have a finalized set of character model sheets. Character models sheets are often used in the animation industry to help standardize a particular character’s physical attributes so that someone else (an animator) could reference from it. Models sheets could also showcase a character’s personality and how that character moves. My process images and character model sheets can be found here.

We ended the project with putting our salamander characters into their environments. Groups were to create 20 illustrations (with five illustration per person) demonstrating the salamanders doing a particular activity together. For the entire group, four out of 20 of these illustrations had to be an activist-related activity such as picking up trash from the ground. Each illustration had to have the characters interacting in a way that shows each salamander’s individual personality.

Below are my five illustrations from this project. 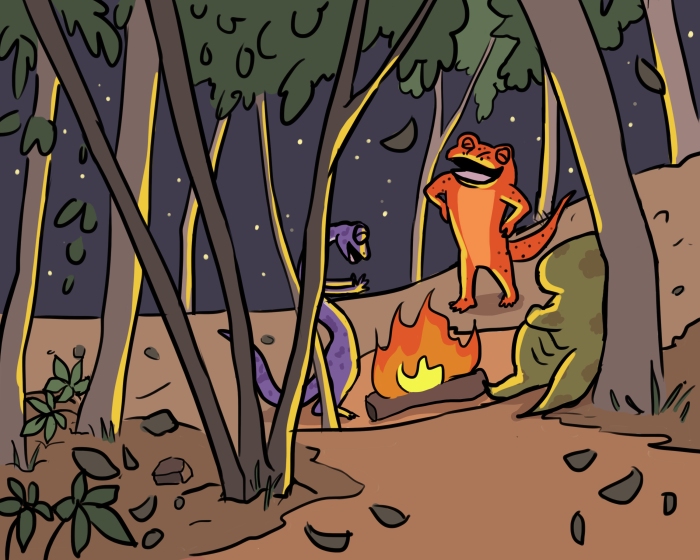 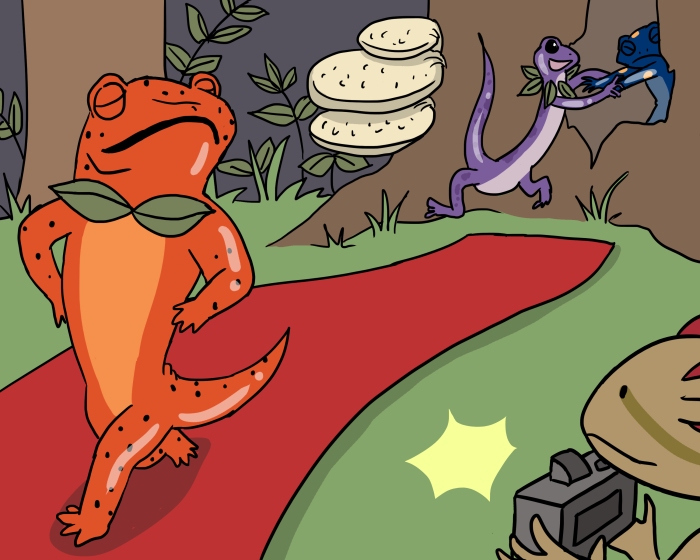 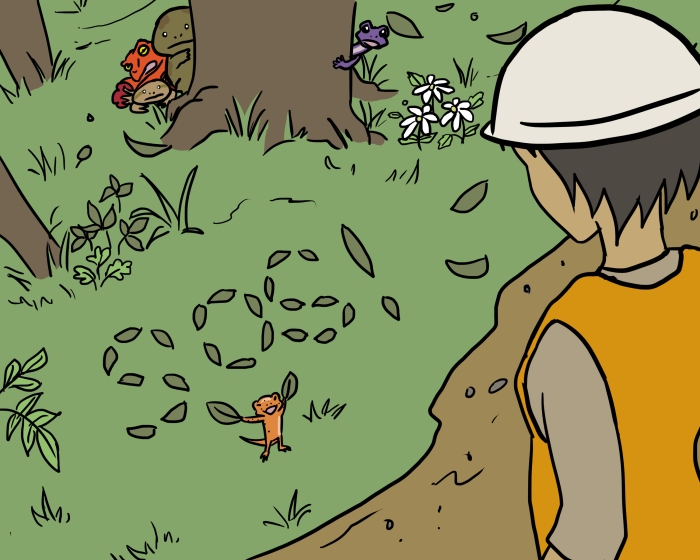 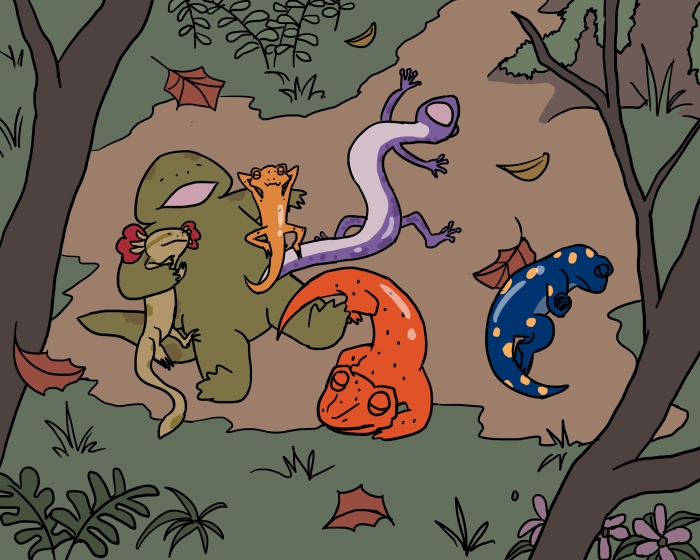 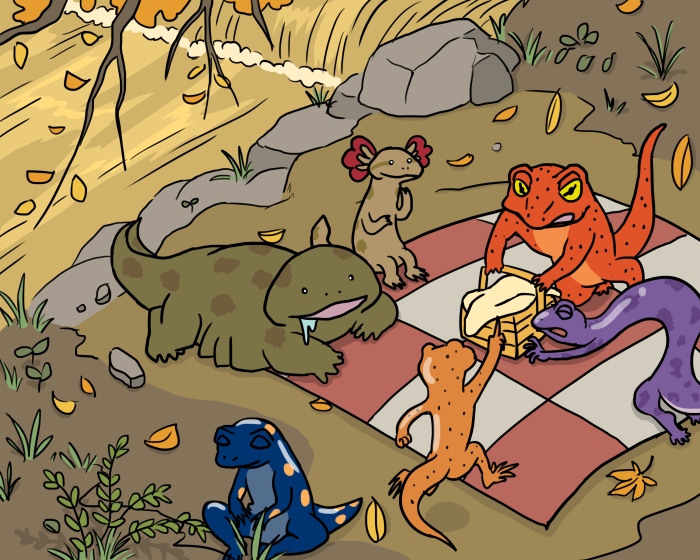